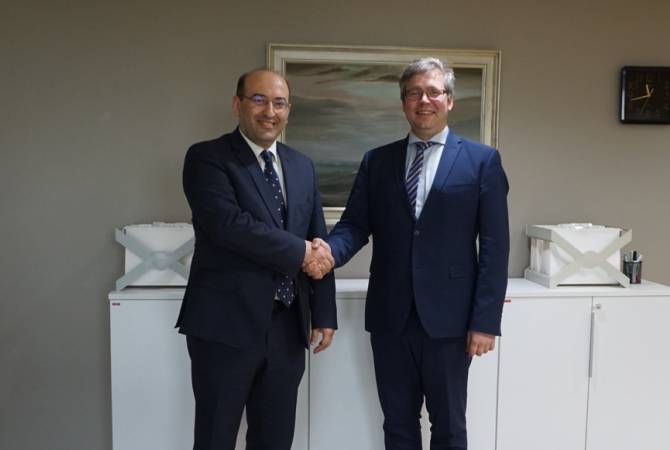 
YEREVAN, MAY 21, ARMENPRESS. Armenia’s Ambassador to Estonia Tigran Mkrtchyan (residence in Vilnius) on May 20 met with Director of Political Department for Eastern Europe and Central Asia of the Ministry of Foreign Affairs of Estonia, Priit Turk, on the sidelines of his working visit in Tallinn, the Armenian foreign ministry told Armenpress.

During the meeting Ambassador Mkrtchyan introduced the preparation works of the World Congress on Information Technology 2019 which will take place in Armenia in October and expressed hope that the leading Estonian companies will actively take part in the event.

In this context the sides discussed the possibility of holding an Armenian-Estonian joint digital event on the sidelines of the upcoming event.

At the meeting the sides touched upon a number of issues relating to holding political consultations between the two foreign ministries, organizing high-level mutual visits and the Armenia-EU agenda.