U.S. Ambassador greatly impressed by what she has seen in Armenia during her 2.5 months of stay | ARMENPRESS Armenian News Agency

U.S. Ambassador greatly impressed by what she has seen in Armenia during her 2.5 months of stay 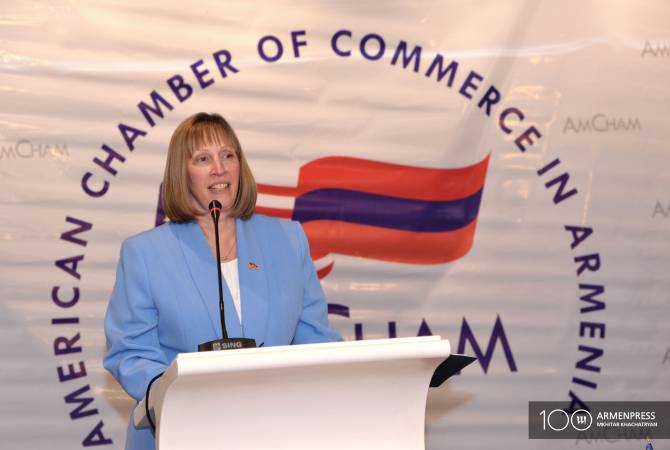 
YEREVAN, MAY 15, ARMENPRESS. U.S. Ambassador to Armenia  Lynne Tracy who has been in Aremenia for already 2.5 months is impressed by Armenia and the Armenian youth, ARMENPRESS reports the Ambassador said in her speech at the Armenian-American commerce chamber.

“I had mentioned previously that there is interest and motivation in the Armenian public to continue with the changes and this aspiration still exists. During my short stay in Armenia I managed to understand that people here are ready to make efforts for improving their future. They already know that changes take place starting from themselves. The materialization of the democratic achievements of last year now depends on the people of Armenia”, she said.

The Ambassador assured that the USA will support Armenia in developing the economy and democracy.