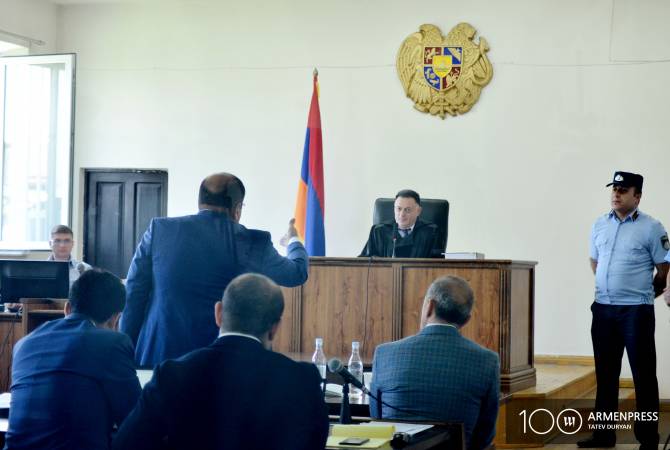 
YEREVAN, MAY 15, ARMENPRESS. Jailed ex-President of Armenia Robert Kocharyan’s lawyer Hovhannes Khudoyan today asked the presiding judge to ensure conditions for President of Artsakh Bako Sahakyan’s and former President Arkady Ghukasyan’s appearance in court in the afternoon of May 17.

Judge David Grigoryan said they can’t notify them about the obligations of the guarantor over the distance, and both need to be in court. The two also need to reaffirm the petition with their signatures.

The judge asked the lawyers to request the Artsakh President and the ex-president to make an appearance in court on May 16th in case of possibility, because May 17th is Friday and is followed by non-working days.

Kocharyan’s defense team said they will clarify if the presidents will be able to attend the hearing.

President of Artsakh Bako Sahakyan and former President Arkady Ghukasyan have presented personal guarantees to a Yerevan court requesting the release of ex-President of Armenia Robert Kocharyan from pre-trial detention.

The motion was presented to the judge on May 14th by Kocharyan’s lawyer Hovhannes Khudoyan during the ongoing trial of the March 1 case.

Kocharyan also served as President of Artsakh from 1994 to 1997.