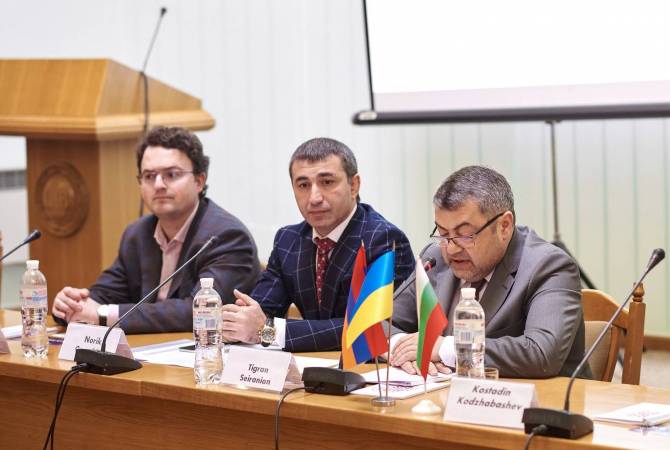 
YEREVAN, APRIL 24, ARMENPRESS. Armenian Ambassador to Ukraine Tigran Seyranyan on April 23 participated in the round-table titled “Genocide as a global treat to humanity” which has been organized by the Institute of International Relations of the Taras Shevchenko National University of Kyiv, the Armenian foreign ministry told Armenpress.

The manual, organized by the Armenian community of Kiev, the Institute of International Relations and the Armenian Embassy, was dedicated to the 104th anniversary of the Armenian Genocide.

The Armenian Ambassador congratulated the discussion participants on the democratic, transparent presidential elections of Ukraine, and thoroughly introduced the history of the Armenian Genocide and the efforts of Armenia aimed at its international recognition and prevention of genocides.