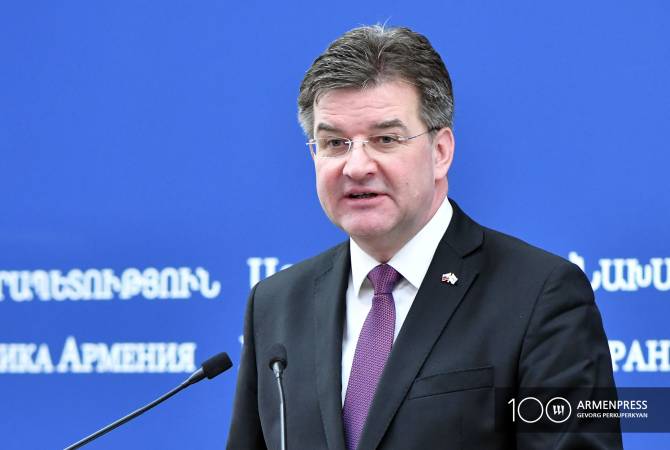 The Chairperson-in-Office was briefed on the results of the meeting between President of the Republic of Azerbaijan Ilham Aliyev and Prime Minister of the Republic of Armenia Nikol Pashinyan on 29 March in Vienna, the first meeting of the two leaders under the auspices of the Minsk Group Co-Chairs.

The Chairperson-in-Office welcomed the constructive atmosphere of the talks, and the leaders’ commitment to taking further, tangible steps to find a peaceful solution to the conflict. “We remain positive about, and fully supportive of, this process and the leaders’ commitment to strengthening the ceasefire and to undertaking measures in the humanitarian field,” Lajčák said.