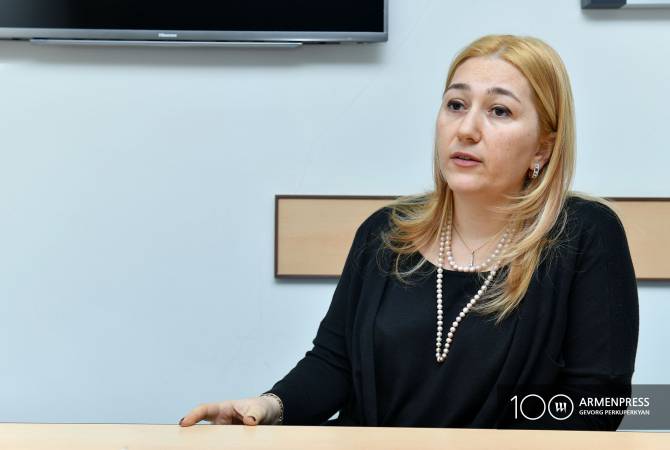 
YEREVAN, MARCH 27, ARMENPRESS. Despite the brief period of commencing its activities the City of Smile Foundation has already provided nearly 250,000,000 drams in charity for treatment of children and young people with cancer and blood diseases.

City of Smile has been launched by Anna Hakobyan, spouse of Armenian Prime Minister Nikol Pashinyan.

Esther Demirchyan, Director of the foundation, told ARMENPRESS in an interview that they began their main activities from September of 2018.

“As of today we already have around 120 beneficiaries. Beneficiaries are children and young people up to 25 years of age who have cancer or blood diseases. On an average we support from 45-50 beneficiaries monthly. The treatment is long-term, therefore we don’t conclude with a one-time assistance. Assistance is provided regarding all expenditures related to the treatment,” Demirchyan said, adding that the foundation covers medication expenses, surgical intervention and diagnostics.

Asked about the process of becoming a beneficiary, the director said usually it is the patients themselves who apply for support. The foundation is based at the Yolyan Hematology Center.

She said City of Smile receives 2-3 new applications every day. “If a child has cancer this doesn’t mean it is the end. Treatment indicators in child cancer is high, 70-75%”, she said.

Speaking about donors, Demirchyan said the foundation is cooperating with restaurants and cafes, among others.

The foundation also has special donation boxes at supermarkets, where customers are able to make donations.

“Anyone who is even donating 10 drams through the donation boxes in the supermarkets and those who donate 10,000,000 drams are equal for us.

City of Smile is also providing support to the hospitals that are in need of procuring new equipment.

“We want to reform the cancer treatment service, improve it and make it at least close to the European and American practice and be able to provide a package in terms of complex services that will include rather many components. That is why each donation matters for us”, she said. According to her, there are around 100 major donors.

City of Smile is also working to open a palliative service unit at the hematology center, which according to Demirchyan will most likely be inaugurated this year.