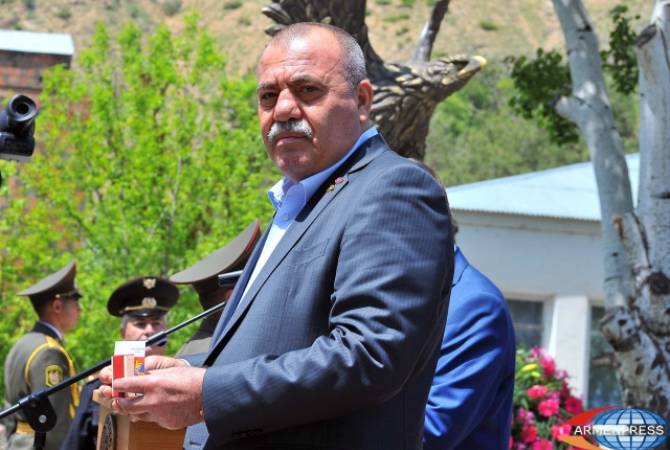 
YEREVAN, MARCH 15, ARMENPRESS. The Yerevan court has made a decision to extend the pre-trial detention of former MP Manvel Grigoryan for another two months, spokesperson of the Special Investigative Service Marina Ohanjanyan told Armenpress.

“Grigoryan’s pre-trial detention has been extended for another two months by the motion of the investigator”, she said.

Manvel Grigoryan was charged for illegal possession of firearms and grand theft.

He was remanded in custody on June 16, and then was stripped of immunity by the Parliament on June 19.