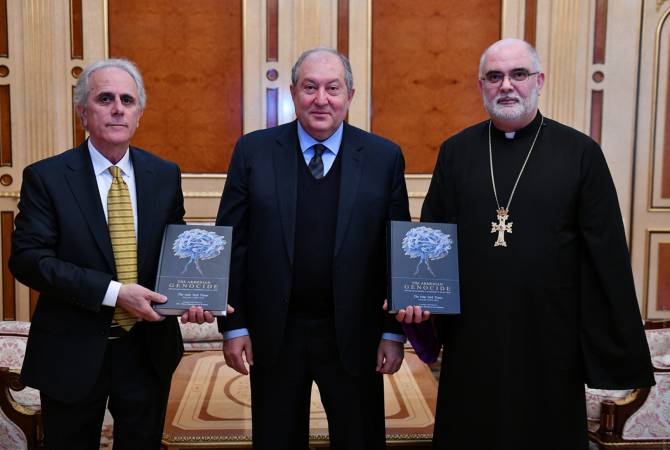 The guests informed that the Congregation launched the publication of 10-volume English edition relating to the American media reports in the preceding and following years of the Armenian Genocide, which will include six leading US newspapers – The New York Times, The Boston Daily Globe, The Chicago Tribune, The Christian Science Monitor, The Los Angeles Times and The Washington Post.

They gifted “The Armenian Genocide: Prelude and Aftermath. As reported in the U.S. Press – The New York Times” two-volume book to the President. The authors stated that the books are for the specialists and researchers of the field, are available in libraries and universities.