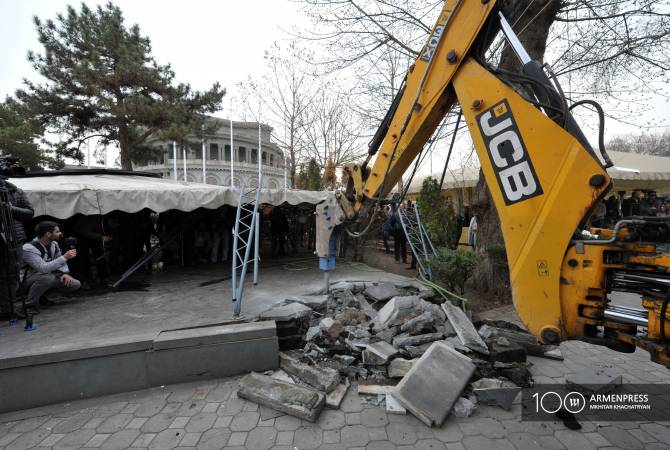 This time the dismantlement is not accompanied by protests, and the works are being carried without any obstacles.

Co-owner of the Jazzve café Armen Petrosyan issued a statement urging the remaining café owners and staff to stop the protests and move the complaint to a legal dimension.

On March 14 the employees of the cafes near the Opera House were protesting against the dismantlement of the cafes initiated by the City Hall. The café employees blocked the Avenue Mashtots and later the Tumanyan street. The Police officers managed to remove the protesters from the streets and resume the traffic. A minor clash occurred between the citizens and the police officers as a result of which both citizens and policeman were injured.