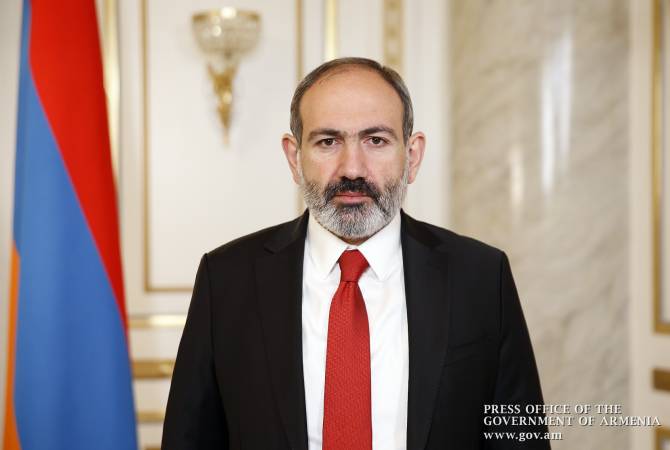 
YEREVAN, MARCH 1, ARMENPRESS. Armenian Prime Minister Nikol Pashinyan has addressed the nation on the occasion of the March 1, 2008 events.

In a televised speech, the prime minister said that today, 11 years since the events, it is “extremely important to give a political assessment to what happened”. He said that in 2008, the actions of the then-ruling elite were not at all aimed against an individual power, a group or an individual, but the main and perhaps the only targets of this violence and illegal actions were the citizen of the Republic of Armenia: their rights, their dignity and freedom.

Below is the full transcript of the PM’s address:

“Dear people, proud citizens of the Republic of Armenia,

Proud citizens of the Republic of Artsakh,

Proud Armenians of the Diaspora,

The then-government used unlawful force against peaceful protesters, which resulted in eight citizens of the Republic of Armenia being killed, another two died later from injuries suffered on that day.

Five of the victims suffered gunshot wounds, three people died from the use of Cheryomukha 7 special device, one died from shrapnel wounds, another died from blunt force trauma.

11 years after these events it is extremely important to give a political assessment to what happened. And now I find it important to say for the record that in 2008 the actions of the then ruling elite weren’t at all aimed against an individual power, group or person, but the main and perhaps the only targets of this violence and unlawful actions were the citizens of the Republic of Armenia, their rights, dignity and freedom.

The victims of March 1 aren’t only Gor Kliyan, Armen Farmanyan, Tigran Khachatryan, Hovhannes Hovhannisyan, Davit Petrosyan, Zakar Hovhannisyan, Grigor Gevorgyan, Samvel Harutyunyan, Hamlet Tadevosyan and Tigran Abgaryan, but also every citizen of the Republic of Armenia, every protester fighting for their rights, because the murderer, for example, when gunning down Davit Petrosyan, did not know that this is Davit Petrosyan, born April 16th 1974 in Yerevan.

March 1 of 2008 however, wasn’t simply an occurrence that emerged in the morning of that day, but a concentrated eruption of unlawfulness, electoral fraud, political murders, persecutions and impunity that has depressed Armenia and its people for many years.

These inadmissible occurrences emerged painfully rapidly in our lives since the declaration of the Third Republic’s independence, when it seemed that democracy had won irreversibly.

And due to bad memories today too concerns and fears are often voiced that Armenia after the 2018 non violent, velvet, people’s revolution and victory of democracy might fall into the same chapter that it fell shortly after gaining independence.

And today, on March 1, 2019, I would like to clearly record that there cannot be a return to the morals and relationships of the past. Armenia will not return to the times of corruption, political persecutions, political violence, violation of rights, impunity and obscenity.

I also apologize for all election riggings, unlawfulness coordinated and organized by the government elite, corruption, political murders – noting that the chapter of solving issues through violence is closed in Armenia, and this is how I perceive the vote of confidence that the citizens have gave us.

Our joint mission is to make Armenia a country of rights and justice, truth and values, and we will not deviate from this mission not for a single millimeter.

This doesn’t mean that today there aren’t cases of illicit actions, violation of rights, even corruption and violence in Armenia. Unfortunately, such cases still exist, and can happen. But every citizen must be 100% sure that the government, the prime minister are not the sponsors and coordinators of any unlawfulness, but are rather the adversary and antagonists of it.

In the issue of combating unlawfulness, violation of rights and misconduct, and discovery of crimes committed by the government elite, we will inevitably win, because the people and the government are united, and this kind of a unity is invincible and resolute.

And in order to express our this very unity, our joint dedication to justice, lawfulness, democracy, protection of rights, today, at 18:30, I am inviting you all to conduct a procession from the Yerevan Freedom Square to the Myasnikyan statue. With this procession we will pay homage to victims of March 1, victims of all political murders and we will say our decisive no to violence, injustice, unlawfulness, corruption, electoral fraud and violation of rights.

Today is spring. It is you who brought this spring to Armenia”.