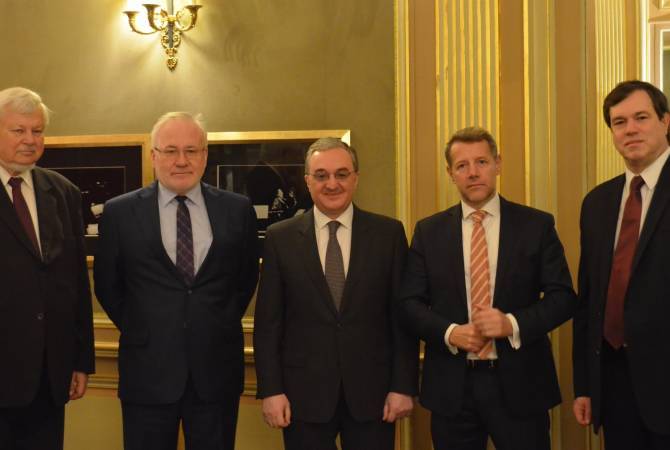 
YEREVAN, FEBRUARY 20, ARMENPRESS. The OSCE Minsk Group Co-Chairs - Igor Popov of the Russian Federation, Stephane Visconti of France, and Andrew Schofer of the United States of America, arrived in Yerevan on a regional visit.

“The Co-Chairs arrived in Yerevan on a regional visit. They already met with the minister and later will meet with Prime Minister Nikol Pashinyan”, Armenian foreign ministry spokeswoman Anna Naghdalyan told Armenpress.

She informed that after the Yerevan visit the Co-Chairs will most probably visit Baku.

The OSCE Minsk Group Co-Chairmanship is the only mediation format dealing with the settlement of the Nagorno Karabakh conflict.