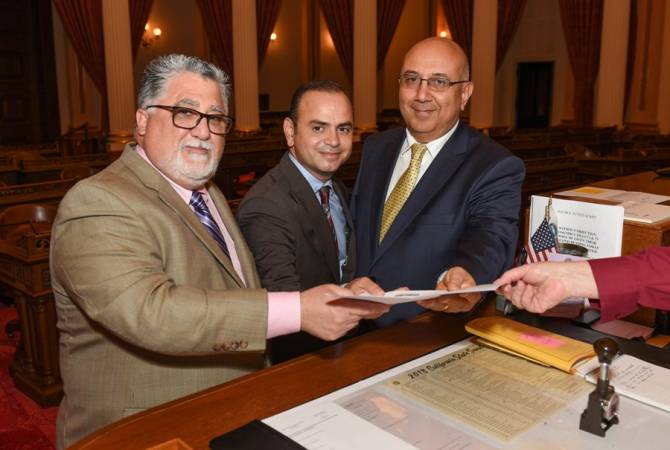 The original trade office was established in 2005 through legislation authored by State Senator Jack Scott, but the Schwarzenegger Administration later terminated it in 2008, according to Asbarez.

“There is so much excitement and optimism in Armenia under the leadership of Prime Minister Pashinyan and in California under Governor Newsom that we should capitalize on the moment and formalize a positive economic relationship with Yerevan. I was a young politician sitting in the audience when the Jack Scott Bill was signed and I am very pleased to be in a position to help bring it back,” Asbarez quoted Portantino as saying.

“We were pleased to host Senator Portantino, Senator Stern, Assembly-member Low and Assembly-member Burke on a legislative trade study trip to Armenia a few months ago and to show them first-hand how Armenia has progressed in such a positive way. We are grateful to them for recognizing the potential that a new California-Armenia Trade Office can bring both for American entrepreneurship and for the Armenian economy, and we look forward to continuing to work with them and the State to advance this important initiative,” said Nora Hovsepian, the chairperson of the Armenian National Committee of America-Western Region.

Consul General Dr. Armen Baibourtian and Glendale Mayor Zareh Sinanyan joined Senator Portantino in Sacramento to introduce SB 302. “This is truly an important development for both California and Armenia. We have long-wanted to reestablish the trade office and are very grateful to Senator Portantino and his colleagues for authoring this promising proposal. I know it will be well-received by the Armenian Community in California and business and political leaders in Yerevan,” added Consul General Baibourtian.