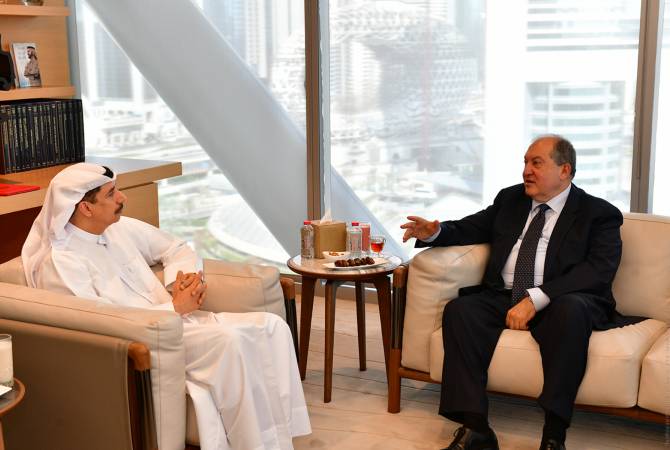 During the meeting with DIFC Governor Essa Kazim and Chief Executive Officer Arif Amiri, issues relating to the cooperation in the financial sector were discussed. In particular, the officials highlighted the maximum use of the existing potential in the Eurasian region.

There was also a talk on the possibility to establish a similar joint structure in Armenia in partnership with the DIFC which will provide similar services.

After the meeting the Armenian President toured the Centre.