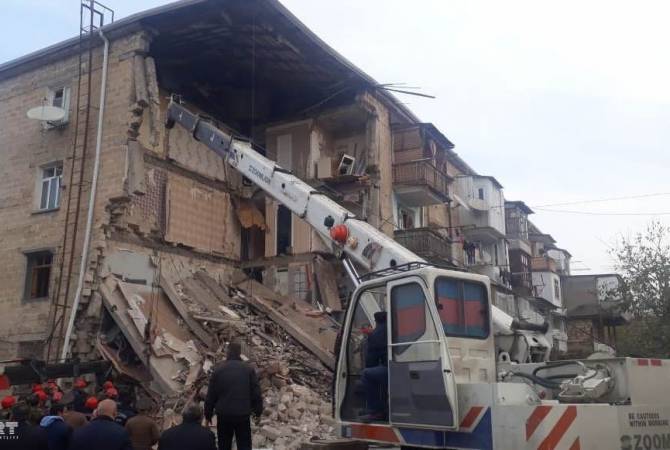 
YEREVAN, NOVEMBER 20, ARMENPRESS.  An explosion in an apartment block in Azerbaijan’s second largest city of Ganja has left at least three people dead, according to local media reports.

The explosion – believed to be caused by a gas leak – rocked the apartment building Tuesday morning.

Rescuers found three bodies underneath the rubble. One of the victims is a military serviceman. Anoterh serviceman was found alive and taken to a hospital.