Brexit talks ‘now in the endgame’, says PM Theresa May 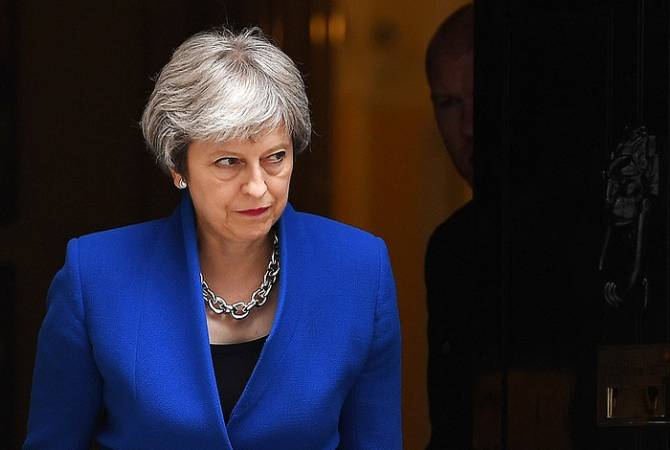 
YEREVAN, NOVEMBER 13, ARMENPRESS. Negotiations over the UK's withdrawal from the European Union are "now in the endgame", Prime Minister Theresa May said, according to BBC.

Addressing the Lord Mayor's Banquet in the City of London, the prime minister said talks were "immensely difficult", but the sides would work "through the night" to make progress.

May will address her cabinet on Tuesday.

In her speech on Monday evening, PM May said: "The negotiations for our departure are now in the endgame.

"And we are working extremely hard, through the night, to make progress on the remaining issues in the withdrawal agreement, which are significant.

"Both sides want to reach an agreement. But what we are negotiating is immensely difficult.

"I do not shy away from that."

May said that "overwhelmingly" British people want the government to "get on with delivering Brexit".

"I want them to know that I will not compromise on what people voted for in the referendum," she said.

"This will not be an agreement at any cost."