Nazarbayev supports representative of Belarus in the post of CSTO Gen.-Sec. 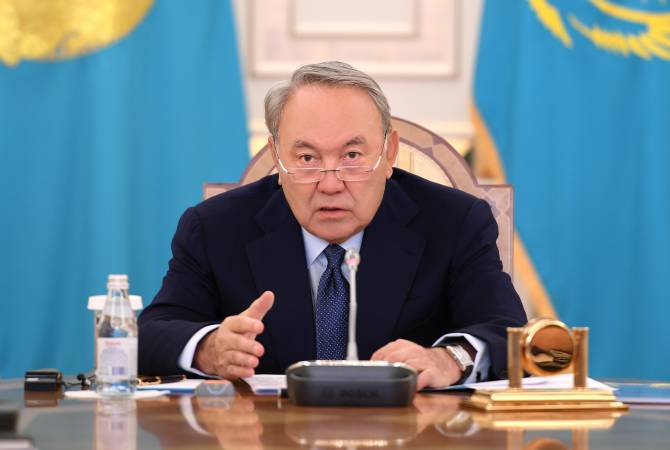 
YEREVAN, NOVEMBER 8, ARMENPRESS. President of Kazakhstan Nursultan Nazarbayev thinks that the representative of Belarus will become the new Secretary-General of the CSTO, ARMENPRESS reports, citing TASS, he told the reporters about this.

Referring to the appointment of Yuri Khachaturov as the CSTO Secretary-General and later relieving him, Nazarbayev reminded that according to the CSTO charter “Belarus comes after Armenia”.

“All the heads of the CSTO member states said that we need a Secretary General representing Belarus. We will make a final decision on it on December 6 in St. Petersburg”, the President of Kazakhstan said.

Yuri Khachaturov was relived from the post of CSTO Secretary-General on November 2.

After charges were pressed against him over March 1 case, the Armenian side applied to the CSTO to start the process of replacing him. He is charged with overthrowing the constitutional order of Armenia in 2008. Khachaturov does not pledge guilty.

Yuri Khachaturov had assumed the post of CSTO Secretary-General on May 2, 2017.