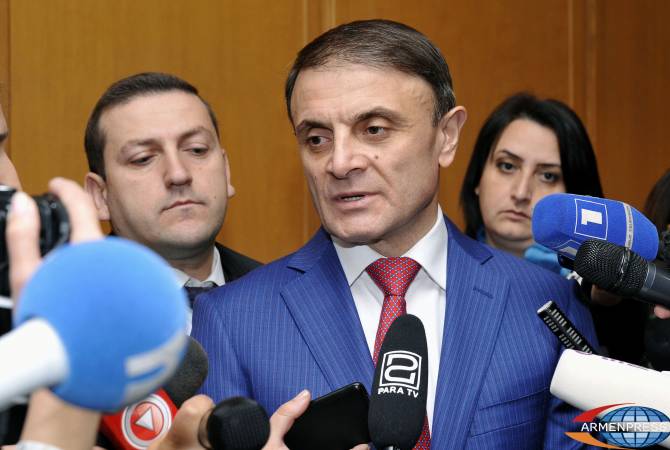 
YEREVAN, NOVEMBER 6, ARMENPRESS. The systematic reforms will continue in the Police of Armenia in 2019, Police Chief Valeri Osipyan said during the joint session of the parliamentary standing committees on November 6, Armenpress reports.

“A comprehensive organizational-legal and structural optimization process has already began in the Police of Armenia which aims at making them in accordance with the current challenges”, he said, as well as introduced what results they expect based on these reforms. “In 2019 we expect increase in the level of detection of revealed crimes, decrease in number of serious car crashes, as well as significant increase of public trust level”.

Next year 61.9 billion AMD will be provided to the Police from the state budget for implementation of the aforementioned and other goals.

The Police also plan making changes in several laws relating to it in 2019.