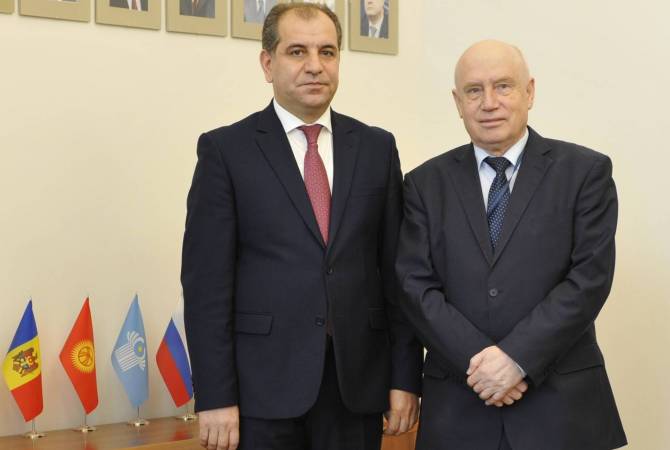 
YEREVAN, SEPTEMBER 26, ARMENPRESS. Armenia’s new permanent representative to the CIS Permanent Mission to the Treaty and other bodies Armen Ghevondyan has presented his credentials on September 24 to Sergey Lebedev, the CIS Executive Secretary and chairman of the CIS executive committee.

During a meeting afterwards, Lebedev highly appreciated Armenia’s constructive involvement in the CIS and praised the level of cooperation.

Ghevondyan comprehensively presented the domestic political developments in Armenia and the foreign policy priorities of the Armenian government. Ghevondyan reiterated Armenia’s commitment to continue active participation within CIS frameworks, including the cooperation in political, economic, humanitarian and other fields.