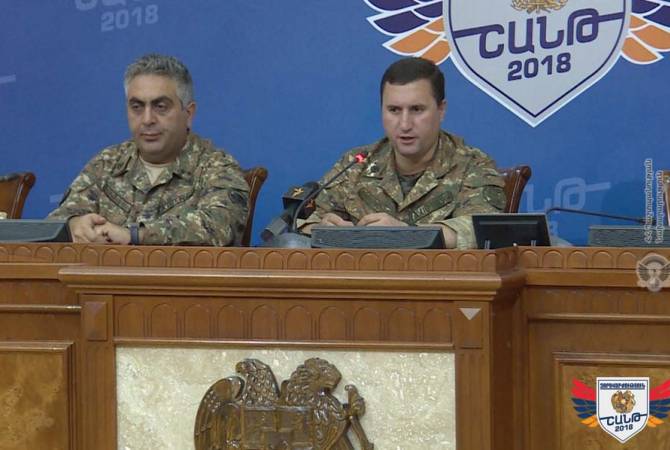 
YEREVAN, SEPTEMBER 11, ARMENPRESS. The National Security Council of Armenia will discuss the issue of declaring conditional warfare and introducing martial law in the sidelines of “Shant 2018” drills during the upcoming session, ARMENPRESS reports Deputy Defense Minister Gabriel Balayan told the reporters during a press conference at the Defense Ministry on September 11.

“Within one hour the session will take place during which the Defense Minister and the Chief of the General Staff of the Armed Forces of Armenia, as well as the heads of other power structures of the Council will deliver reports. The expediency of declaring war and introducing a martial law will be decided”, the Deputy Minister said.

“We observe not only the factor of Azerbaijan, but also the non-direct involvement of other adversaries in the military operations”, the Deputy Defense Minister said, adding that they also observe the possibility of little or no assistance of the CSTO member states. “Now we discuss the issue of organizing Armenia’s defense without that assistance”, he said.

Translated and edited by Tigran Sirekanyan