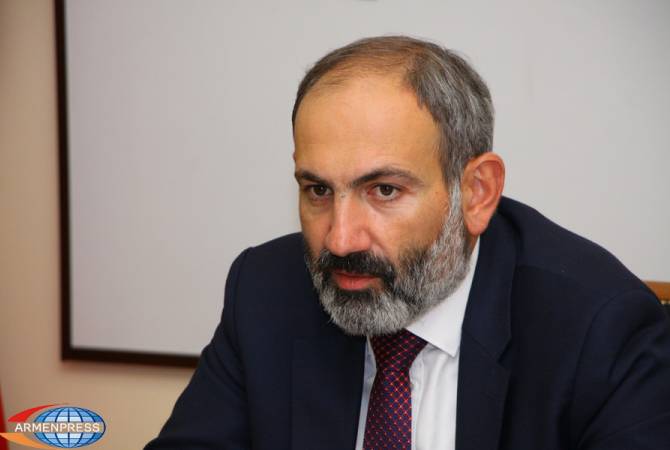 
YEREVAN, SEPTEMBER 11, ARMENPRESS. Prime Minister Nikol Pashinyan has commented on a sound recording which was published on YouTube which features an alleged phone conversation between National Security Service director Arthur Vanetsyan and Special Investigative Service director Sasun Khachatryan discussing details of the March 1 investigation and the arrests in the case.

Speaking on Facebook live, the Prime Minister said that a wiretapping has taken place.

“In my initial assessment, a wiretapping of either the SIS head or the NSS director has taken place. Who has done it? Why? With what purpose? Did they have the right to carry out wiretapping by law? When did it take place, what is the political purpose of this all? Back at the August 17 rally I announced that the March 1 case is generally uncovered, and that all murderers should face the court,” Pashinyan said.

Speaking on the part of the recording where allegedly Vanetsyan is saying that Pashinyan has tasked him to “lock up” CSTO Secretary General Yuri Khachaturov, the PM said that he has always said and will continue saying that if arresting a given individual is in the interests of the investigation then he will task to make the arrest, even if that person is his family member. “This is what happened. The investigative bodies should be unconstrained,” Pashinyan said.

“Certain people are trying to avoid responsibility. I won’t allow it, regardless I am in the prime minister’s status or not,” he said.

11:56, 01.27.2020
Viewed 2744 times Pilot of helicopter that crashed in US killing basketball legend Kobe Bryant was of Armenian descent