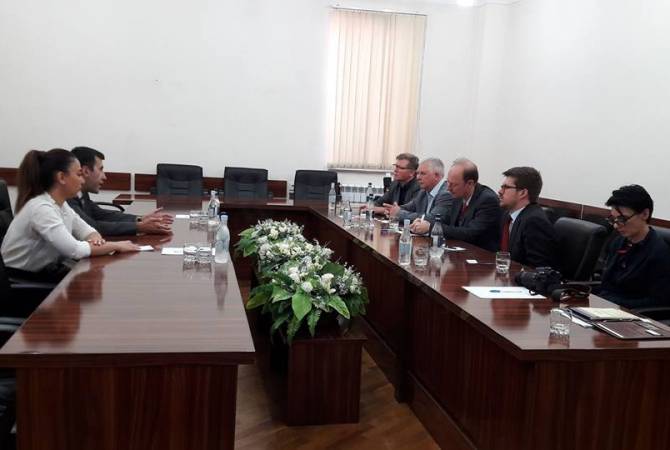 The MEP arrived in Artsakh accompanied by chairman of the European Armenian Federation for Justice and Democracy (EAFJD) Gaspar Karapetyan and Executive Director of the Federation Heghine Evinyan.

During the meeting the Ombudsman touched upon the legal status, structure and activity priorities of the Ombudsman’s Institute, the cooperation with the civil society and the Diaspora structures.

At the end of the meeting Ombudsman Ruben Melikyan thanked the delegation for visiting Artsakh, highlighting the importance of such visits in terms of establishing and strengthening ties between Artsakh and European structures.