Regardless of having different political views, we are united on matters relating to Artsakh’s security – Vice Speaker of Parliament | ARMENPRESS Armenian News Agency

Regardless of having different political views, we are united on matters relating to Artsakh’s security – Vice Speaker of Parliament 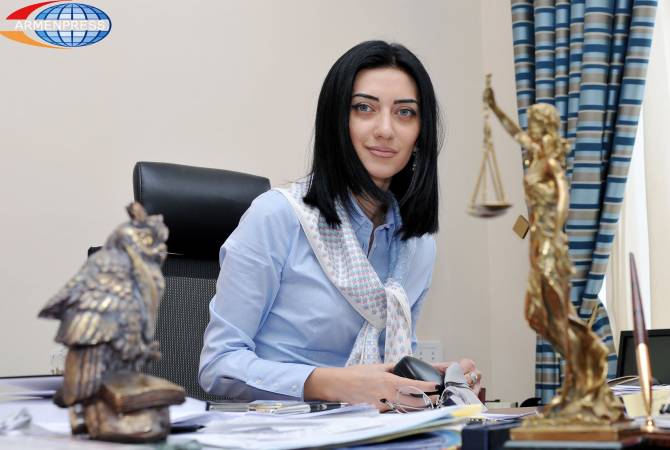 
YEREVAN, JULY 4, ARMENPRESS. The agenda of summer session of the Parliamentary Assembly of the Council of Europe (PACE), which was held in Strasbourg from June 25 to 29, was quite full of issues. The works on corruption scandals at PACE continued: they mainly related to Azerbaijan’s “caviar diplomacy” and giving bribes to a group of European lawmakers for many years.

-Mrs. Hovhannisyan, during the PACE summer session the works on corruption scandals at the structure continued. These discoveries were linked with Azerbaijan which for many years moved forward its “caviar diplomacy” and gave bribes to the European lawmakers. How do you see the outcome of these disclosures in terms of Azerbaijan’s international reputation, on the one hand, and further activities of these lawmakers, on the other hand?

-First of all I want to state that the PACE session was full of many issues. The issue you mentioned was discussed on Thursday and related to the topic discussed by the Committee on Rules of Procedure. New names and facts are being gradually revealed.

As for Azerbaijan’s reputation or attitude towards that country, it’s very difficult to talk about it since I cannot imagine any non-corrupt PACE MP who will perceive “Azerbaijan’s reputation” phrase in a positive context. The “reputation” of Azerbaijan has exclusively nuance moments which are the corruption scandals, their aggressive behavior. In other words no one doubts on what policy is carried out by Azerbaijan.

All talk about this, all know this, I, of course, talk about those who are not corrupted. All make joint efforts to clear PACE, as an institute, an international structure with its traditions, value system, from that dirt and return to normal discussions. Let’s see to what extend it will succeed.

-Coming to your speech addressed to Azerbaijani delegates where you say in particular: “Remember, what has happened and is possible in Armenia, is even impossible to imagine in Azerbaijan”. You also state that you support the current leadership of Armenia on the matters of strengthening national unity, security, identity and other values. What message did your speech contain?

-This is the reality, this was a message addressed to Azerbaijan as far as they wanted to divert the attention of the PACE from their elections, but one of the main topics of the agenda was their elections. Starting from absence of competition up to multiple violations, tough criticism by the PACE.

What I have said was that what happened in Armenia was an indicator of democracy, it clearly showed the maturity of the former leadership of Armenia, and in fact, it also showed that both the former and current leadership managed to demonstrate so much maturity and restraint that an unprecedented peaceful change of power took place in Armenia. Something that is really difficult to imagine in Azerbaijan under the existence of the Aliyev regime. A truth that is obvious: any citizen and political force of Armenia, regardless of having opposite and contradictory interests, are united on some matters. It first of all relates to the security of Artsakh, it concerns our identity and security issue, we are united on this matter and there is no second opinion here.