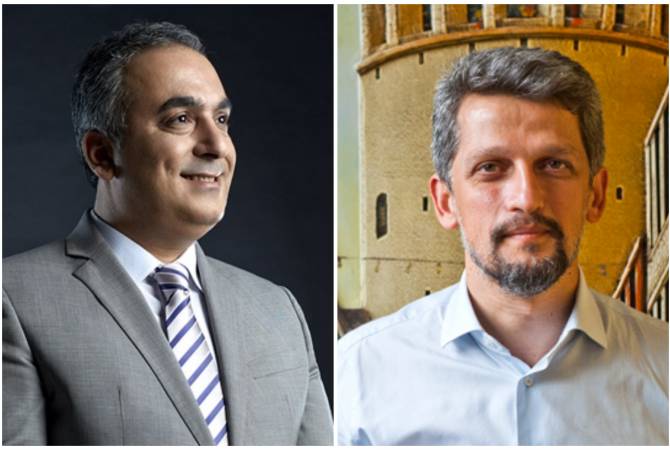 Garo Paylan from Diyarbakir (HDP) and Markar Esayan from Istanbul (AKP) have been re-elected to the 600-seat parliament of Turkey. The number of seats has been increased from 550 to 600 following the constitutional referendum.

Garo Paylan is known for his struggle for achieving the recognition of the Armenian Genocide by Turkey itself.  He even introduced a motion in the parliament to acknowledge the 1915 killings as genocide, but understandably it was denied as the country’s leadership is vehemently denying the historical fact.  Paylan is also known for his active engagement in the affairs of the local Armenian community of Istanbul, most notably in the Armenian Patriarchate matters.

He was even sanctioned for speaking about the Armenian Genocide from the parliament floor.

In addition, he is currently under investigation under the infamous Article 301 – an article of the criminal code seeking imprisonment for “insulting Turkey”.

But unlike Paylan, the other Turkish-Armenian parliamentarian, Markar Esayan, is a staunch supporter of the country’s President, Recep Tayyip Erdogan, and of the AKP.

Two other ethnic Armenian candidates for parliament – Ludmila Buyum from the HDP and Elmas Giragos from the IYI party – have failed to be elected according to preliminary results.

According to preliminary results, Turkey’s ruling party, the AKP, will have 295 seats in parliament.