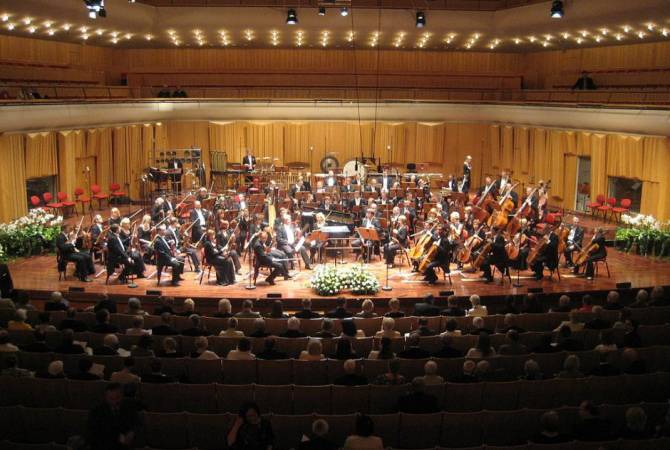 
YEREVAN, JUNE 11, ARMENPRESS. The Grammy Award winning Estonian National Symphony Orchestra will perform at the grand opening of the Yerevan Prospects International Music Festival in the Armenian capital. The orchestra is led by Neeme Jarvi.

The 19th season will kick off June 11 in the Aram Khachaturian concert hall, organizers of the event told a press conference.

Composer Stepan Rostomyan, artistic director and founding president of the festival, said that the event is held under the patronage of Prime Minister Nikol Pashinyan.

Neeme Jarvi said they are proud and happy to perform at the grand opening of such an esteemed festival.

“We all wanted to come to Armenia”, he said.

The maestro said he has performed in Armenia in the past – uniting the Estonian and Armenian peoples with cultural ties.

11:56, 01.27.2020
Viewed 2744 times Pilot of helicopter that crashed in US killing basketball legend Kobe Bryant was of Armenian descent