Expert weighs in on US-Iran relations from Armenia’s perspective 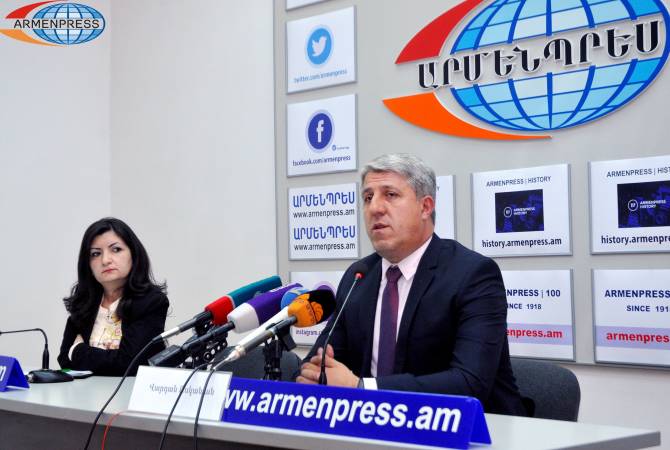 
YEREVAN, MAY 14, ARMENPRESS. By withdrawing from the Iran nuclear deal the US is attempting to restrict Iran’s positions in the Middle East, to neutralize it, Vardan Voskanyan – Head of Chair of Iranian Studies of Yerevan State University, said at a press conference on May 14.

“The US is using its entire opportunities to exert pressure on Iran. For already several years after signing the Iran nuclear deal Iran not only was able to successfully regulate its issues in the region, but also to ensure presence virtually in the entire territory of the Middle East. Particularly, Iranian positions in Syria have been strengthened to the detriment of Israel’s regional security, and this issue worries Israel,” Voskanyan said.

The US withdrawal from the deal implies sanctions against Iran.

Voskanyan noted that the US will attempt to bring the Iranian economy to decay, with all subsequent consequences.

“One thing is clear, that the situation is ordinary for Iran, i.e. it must fight in several fronts. Iranians think that the status of an ordinary country for their state is unacceptable. Iran must be a superpower in the Middle East”, he said.

According to the expert, Armenia has worked with Iran, works with Iran and must continue working with Iran regardless of the absence or presence of sanctions.

The US says it can impose direct sanctions on companies which are engaged in business in Iran, regardless of whether these companies are American, European or any of any other country. This can cause certain fears among Armenian companies, he said.

“In any case Armenia must make it clear for all sides that regardless of who this side is he Armenian-Iranian relations are of vital significance for us, no one should exert pressure on Armenia which will disrupt relations with its neighbor, be it Iran or Georgia. We too have important significance for these states”, he said.