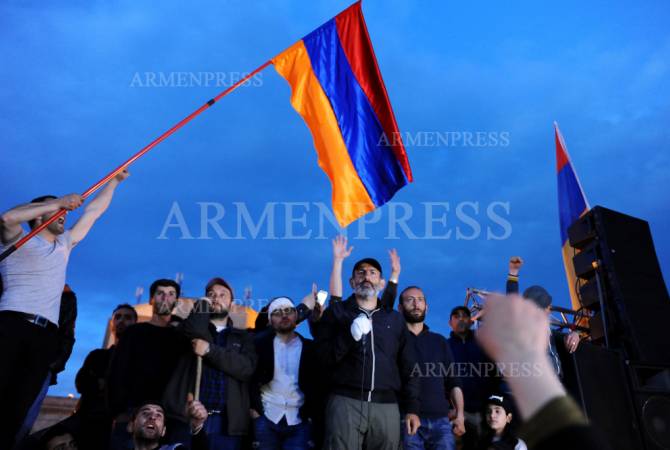 
YEREVAN, APRIL 25, ARMENPRESS. During April 25 rally at the Republican Square of Armenia MP Nikol Pashinyan announced that they are ready for negotiations.

“Those negotiations, as we insisted in the past, must be about the peaceful transition of power without any shocks. We are ready to discuss any issue referring to the transitional period and the activities of the interim government”, ARMENPRESS reports Pashinyan as saying.

According to him, the parliamentary faction must take into account the existing political realities and nominate a candidate by consensus based on the legislation of Armenia.

Pashinyan also noted that some disinformation is spread that allegedly Serzh Sargsyan has left the country. “There is no act of vendetta against Serzh Sargsyan or any other citizen. Serzh Sargsyan does not leave Armenia and hat’s the right choice”, the MP stressed.

Member of “Civil Contract” party Ruben Rubinyan also gave a speech saying that Nikol Pashinyan will be the candidate of the people.