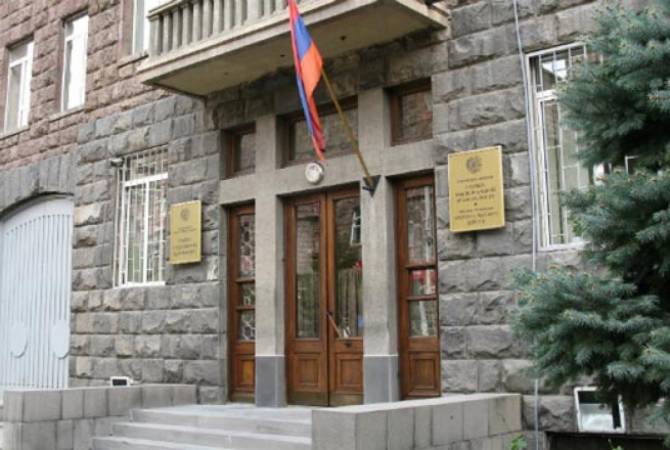 
YEREVAN, APRIL 21, ARMENPRESS. The National Security Service of Armenia has released a video from a special mission when several terror plotting suspects have been arrested.

The video shows SWAT agents storming the compound of the would-be terrorists.

As reported earlier, The National Security Service (NSS) of Armenia released new details involving Zhirayr Sefilian and the gunmen known as the Daredevils of Sassoun – currently serving prison sentences. Sefilian is imprisoned for plotting armed assaults, while the Daredevils of Sassoun, an armed syndicate comprising several gunmen, were sentenced for the 2016 attack on a police station.

The NSS said that two men, linked with Sefilian and the group, have operated a criminal syndicate plotting to use improvised explosive devices in various locations of Armenia to attack government facilities, commit terror and illegally put forward certain demands from authorities.

Both men, as well as 4 other accomplices have been detained.

The national security service said they obtained intelligence reports that certain individuals, who have been placed on a watch-list previously, are plotting severe crimes.

The two men, affiliated with Sefilian and the Daredevils of Sassoun, plotted to use about 150 remotely controlled IEDs in various locations, namely in Freedom Square of Yerevan, Dalma Garden Mall, in transportation vehicles and under bridges and other roads, as well as near residential facilities, to terrorize the society, including by targeting government officials and law enforcement agencies.

The plotters had even tested their IEDs and attempted to recruit accomplices.

A criminal case was launched on April 21.

Agents have discovered multiple evidences, including detonators, explosive materials and other items as part of searches.

An investigation is launched into the case.