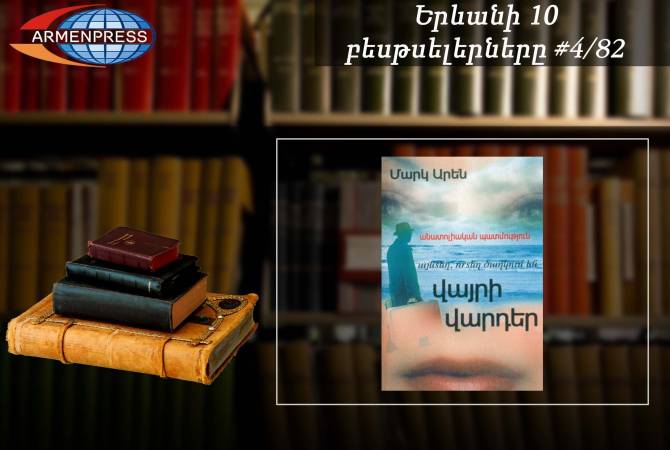 Edgar Harutyunyan’s another book ‘Art of Devotion or Ode to Rose’ has returned to the list and is ranked 4th in this week’s list.

‘Give Me Your Hand, Kiddo’ by Gurgen Khanjyan is 5th. The novel is about a history of man eroded in times and realities, who is capable to overcome it. The book was edited by Arkmenik Nikoghosyan.

‘Collected Stories of Guy de Maupassant’ is ranked 6th in the list. It includes the author’s best works. Guy de Maupassant is an author of numerous stories, novels depicting France’s daily life. His numerous works have been translated and published in Armenian.

‘Fahrenheit 451’ by Ray Bradbury is 7th. Fahrenheit 451 is a dystopian novel published in 1953. It is regarded as one of his best works. The novel presents a future American society where books are outlawed and "firemen" burn any that are found. The title refers to the temperature that Bradbury understood to be the autoignition point of paper.

Davit Samvelyan’s ‘Winter of Rodin’ is 8th in the bestselling list. It includes short stories and essays.

Swiss author Hansjörg Schertenleib’s ‘Night Swimmer’ is about the first love, secrets, emotions and hatred. The book is ranked 9th.

Stefan Zweig’s ‘Collected Stories’ concludes this week’s list. Zweig was an Austrian novelist, playwright, journalist and biographer. At the height of his literary career, in the 1920s and 1930s, he was one of the most popular writers in the world. The book was translated by Ara Arakelyan and Margarit Arakelyan.