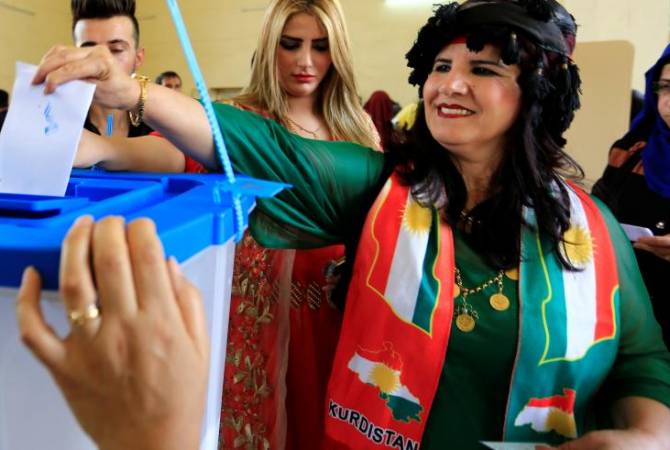 State Department spokeswoman Heather Nauert says the move will “increase instability and hardships” for the Kurdish region of Iraq. She says it will also complicate the ability of the regional Kurdish government to work with Iraq’s central government and neighboring countries.

Still, Nauert says the U.S. won’t alter its “historic relationship” with Iraqi Kurds because of the referendum.

Nauert also says the U.S. opposes moves by any parties to change boundaries in Iraq. She says the Islamic State group and other extremists are hoping to “exploit instability and discord.”

According to latest data, over 3,3 million people took part in the referendum – a turnout of 71,16%.

Official results will be published September 28.

11:29, 05.19.2022
2883 views U.S. recognizes role of population of Nagorno-Karabakh in deciding its future–Ambassador Tracy’s interview to ARMENPRESS