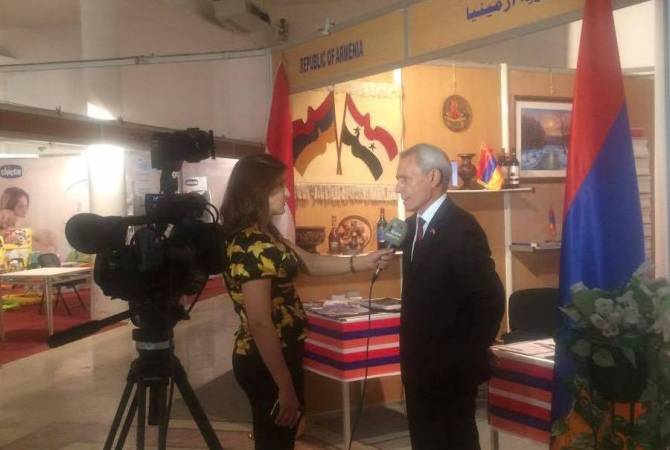 “The Armenian diplomats are not hurt as a result of the rocket attack in Damascus’ exhibition space. According to preliminary data, there are no Armenians among the victims”, the Embassy said.

The international exhibition opened in Damascus on August 20 was attended by representatives of 43 countries, including Russia, China, Germany, France, UK, Belarus and etc. The event was also attended by Armenia the pavilion of which was represented by the Armenian Embassy in Syria in cooperation with the Armenian Chamber of Commerce and Industry and the Armenian-Syrian business council.

According to latest reports, 6 people have been killed in the rocket attack.