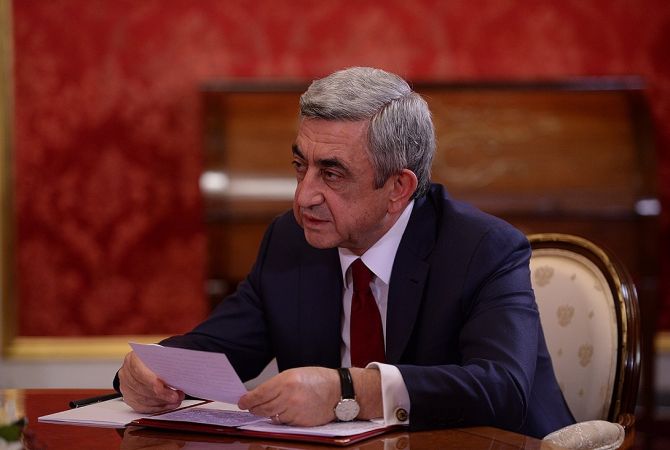 
YEREVAN, MAY 18, ARMENPRESS. President of Armenia Serzh Sargsyan on May 18 signed a decree on accepting the Government’s resignation, the President's Office told Armenpress.

According to the President’s decree the members of the government will continue fulfilling their duties until the formation of a new government.

The decree enters into force from the moment of signing.