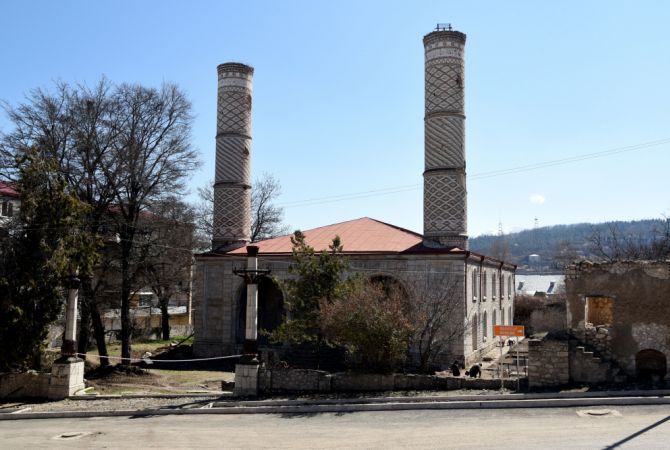 
STEPANAKERT, MARCH 31, ARMENPRESS/ARTSAKHPRESS. The Republic of Artsakh takes care of Islamic and Iranian monuments, the restoration of the monuments are implemented with great precision. According to the Deputy Director of “The State Service for the Protection of the Historical Environment” SNCO and head of the archaeological expedition group of Shushi’s “Upper Mosque” Nzdeh Yeranyan, the careful attitude of Artsakh can be demonstrated by the fact that the Mosque has already been once restored. This time the archeological excavations that started on March 21 will last for a month.

“This Mosque was constructed in 1983 by the project of Iranian architect Karbeli sefi Khan. During Soviet years the mosque operated as a historic-archaeological museum. These studies will foster the more precise restoration of the monument. The excavations will give clear understanding of the historical environment of the Mosque”, “Armenpress” reports Yeranyan saying.