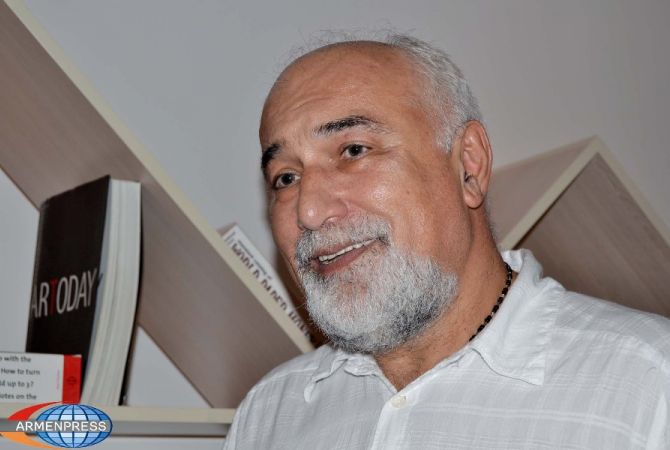 Varujan Vosganian won all awards for his “Book of Whispers” – the “Angelus Great” Award, the “Natalia Gorbaniewska” Award and “Best Translation” Award.

The “Book of Whispers” was translated to Polish by Joanna Kornaś-Warwas, and was published by the Książkowe Klimaty publishing house.

The awards were presented by Mayor of Wroclaw Rafał Dutkiewicz and President of the Jury Professor Mykoła Riabczuk.

Writers from 21 European countries had submitted applications for the Awards.

The “Angelus” Central European Literature Award is the most important award in the field of creative prose translated into the Polish language. The award is  presented on an annual basis to writers from Central Europe whose works undertake themes most relevant to the present day, encourage reflection and deepen the knowledge of the world of other cultures. Winners are awarded with 150,000 Polish zloty and a statuette by Ewa Rossano.