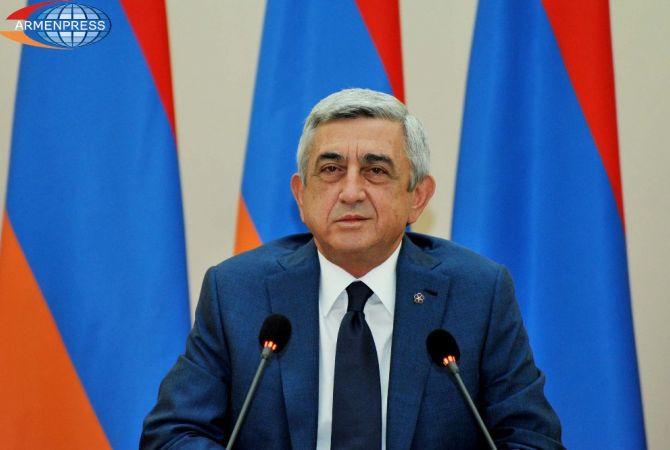 
YEREVAN, JUNE 2, ARMENPRESS. President of Armenia send a thank you letter to the President of Federal Republic of Germany Joachim Gauck, Chancellor Angela Merkel and President of the Bundestag Norbert Lammert on the occasion of the resolution recognizing the Armenian Genocide.

As “Armenpress” was informed from the press service of Armenian President’s Office, President Sragsyan expressed deep gratitude to them and all the political and social forces that confidently approved that resolution. President Sargsyan expressed confidence that the resolution will be important in terms of recognizing other genocides and preventing future ones.

“The adoption of the resolution recognizing the Armenian Genocide was a really historical move. It was historical not only for Armenia and the Armenian people, or Germany and the German people, but for the entire civilized world. This symbolizes the supremacy of democracy and universal values and underscores the consistent role of Germany in preserving those values. This was an address to the whole world that the crimes against humanity committed even 100 years ago are not only not forgotten but are condemned by a righteous assessment”, reads the President’s letter.