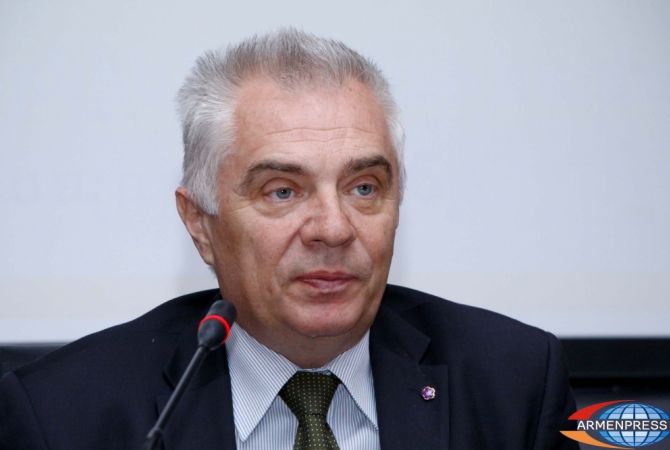 
YEREVAN, APRIL 19, ARMENPRESS. The European Union is concerned over the situation of Armenia’s borders, the one of which is closed and the other is under fire, “Armenpress” reports, the head of the EU delegation to Armenia, Ambassador Extraordinary and Plenipotentiary Piotr Świtalski said this on April 19 during the conference devoted to launch of the “Funding in the areas of migration and border mamagement” program. Later referring to the question by journalists what the EU does to eliminate that concern, Ambassador Piotr Świtalski said: “First of all, we should work towards the peaceful settlement of Nagorno Karabakh conflict, then we should normalize the relations between Armenia and Turkey which will benefit the Armenian nation a lot".

He believes that Armenia’s economy will progress when it has peaceful and open borders. “It will contribute to the development of infrastructures and the involvement of a large number of tourists in the country. Last week I was in Tavush. Several European country representatives do not recommend tourists to visit the Armenia’s northern border since it is very close to the Azerbaijani border, however, this place is one of the beautiful places of Armenia which can be very attractive for many tourists.  The opening of the border with Turkey will further strengthen trade and contacts between people. If the residents of Gyumri will be able to travel to Kars, then easily come back to Gyumri, it will bring huge incomes to Armenia”, the EU official noted.

Piotr Świtalski highlighted that the European Union has allocated money for projects for the establishment of relations between Armenian and Azerbaijani nations, however, this process is very difficult to make true politically. “There are certain prejudices, however at the same time we are ready to conduct more intensive steps to achieve success in this process. We also have a long-term projects that we are ready to continue: it relates to the normalization of relations between Armenia and Turkey”, said the EU official. He stated that the success of the EU is based on solidarity and expressed the hope that one day solidarity will also be established in this region. “Solidairty is a part of European identity, and if this region wants to be a part of the Europe, here also this solidarity should be established. Armenians and Azerbaijanis should be ready for the peaceful settlement of the conflict”, the head of the EU delegation to Armenia concluded.