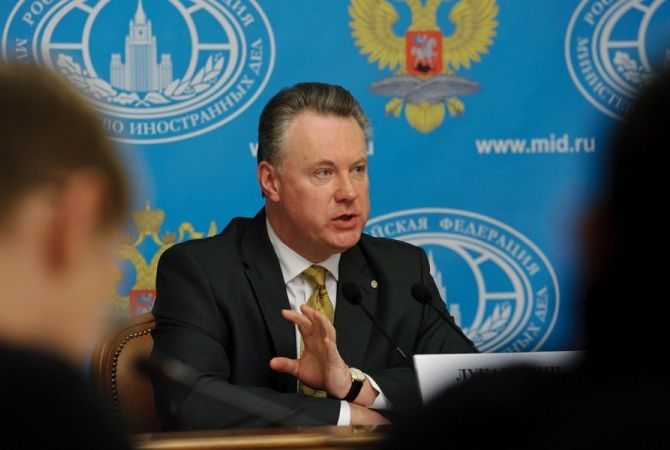 
YEREVAN, DECEMBER 15, ARMENPRESS. Permanent Representative of the Russian Federation to the Organization for Security and Co-operation in Europe (OSCE) Alexander Lukashevich announced that Turkey’s statements about the Nagorno Karabakh are counterproductive. “Armenpress” reports the aforementioned citing RIA Novosti.

Earlier Ankara had announced that it would do its best to hand the Nagorno Karabakh to Azerbaijan.

Lukashevich said on Russia-24 TV channel that the attempts aimed at protecting one of the parties of the conflict are counterproductive and can have no progress.