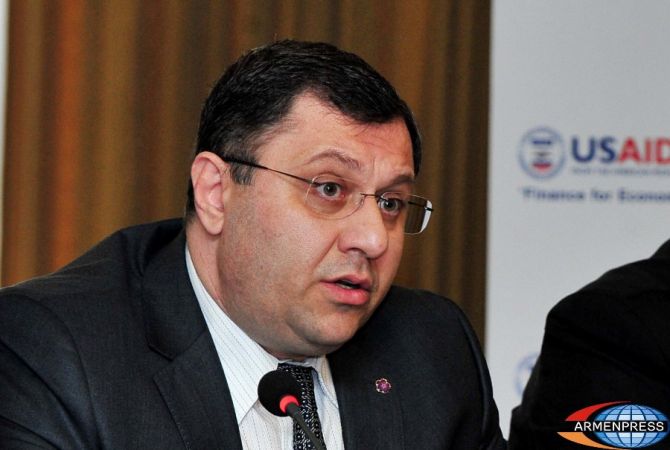 
YEREVAN, OCTOBER 6, ARMENPRESS. According to the forecasts of the Central Bank of Armenia, the 12-month inflation rate will fluctuate mainly in the upper permissible range of 4% + 1.5 during 2015 and will come closer to the projected rate and will be stabilized in the remaining part of the forecast horizon at the end of the year.

Nerses Yeritsyan, deputy president of the Central Bank of Armenia, said the aforementioned during the discussion of Central Bank’s 2015 monetary policy.