Iran nuclear deal would not have been reached without Russia: Obama | ARMENPRESS Armenian News Agency

Iran nuclear deal would not have been reached without Russia: Obama 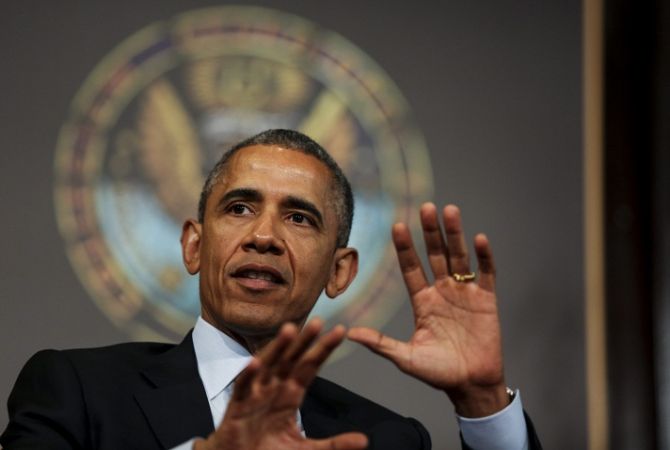 YEREVAN, JULY 15, ARMENPRESS: The US President Barack Obama said he was surprised by the way Russian President Vladimir Putin and the Russian government treated the problem. The group of international mediators would not have achieved an agreement with Iran on its nuclear program had it not been for Russia’s willingness to insist on a strong deal, US President Barack Obama told The New York Times on Wednesday.
“Russia was a help on this. I’ll be honest with you. I was not sure given the strong differences we are having with Russia right now around Ukraine, whether this would sustain itself”, - Obama said.
“[Russian President Vladimir] Putin and the Russian government compartmentalized on this in a way that surprised me, and we would have not achieved this agreement had it not been for Russia’s willingness to stick with us and the other P5-plus members in insisting on a strong deal”, - the US president added.
On July 14, Iran and P5+1 group (US, UK, Russia, China, France and Germany) reached a final agreement on Tehran’s nuclear program which envisages guaranteeing the exclusively peaceful nature of Iran’s nuclear dossier in exchange for gradual removal of sanctions.
Photo by EPA