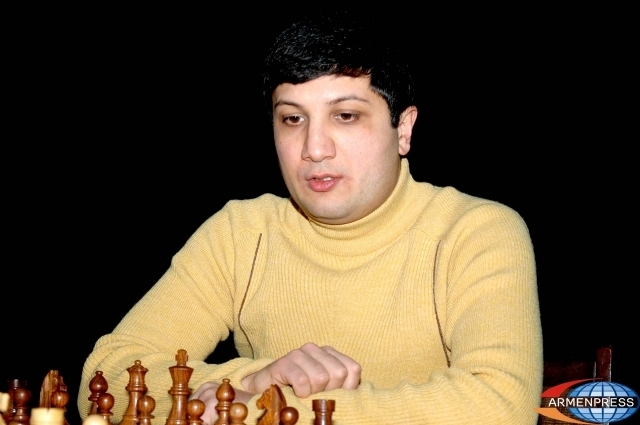 YEREVAN, APRIL 4, ARMENPRESS: The authoritative Aeroflot Open chess tournament, attended by Armenian chess players as well, is drawing to its end in Moscow. In the penultimate round Tigran Petrosyan in group A lost and Hovhannes Gabuzyan played draw. In group B Tigran Kotanjian, David Petrosyan, Hovik Hayrapetyan played draw in the eighth round and Elina Danielyan won. In group C Arthur Gharagyozyan won and Ashot Parvanyan lost.
Armenpress reports that after this round Petrosyan retreated, taking the 26th place and Gabuzyan took the 21st. In group B Kotanjian continues his struggle among the leaders. In group C Arthur Gharagyozyan is in the sixth place.