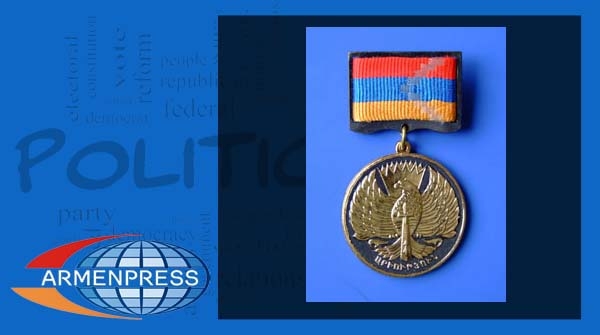 Previously it was reported that in accordance with the operative data of the Defense Army of Nagorno Karabakh Republic, within the period ranging from March 2 to March 3, the rival violated the ceasefire regime for about 200 times on the line of contact of Karabakh-Azerbaijani opposing armies. More than 3000 bullets of different caliber were fired towards our troops during this period. The press service of the Ministry of Defense of the Nagorno Karabakh Republic informed Armenpress that in the result of the abovementioned violations, a serviceman of one of the military units of the Defense Army, located in the eastern direction, Arsen A. Karapetyan, born in 1995, was killed by the rival’s shot.

The Ministry of Defense of the Nagorno Karabakh Republic shares the heavy grief of loss and expresses its support to the family members, relatives and fellow servicemen of Arsen A. Karapetyan.

The frontier units of the Defense Army initiated corresponding actions to suspend the activities of the rival in the given period and continue controlling the operative and strategic situation on the entire line of contact.