Armenia and Artsakh have good friends in California 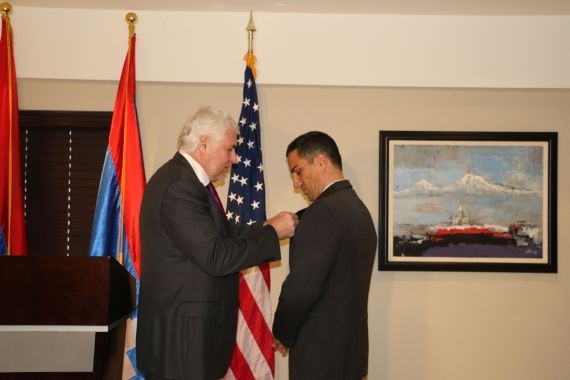 
YEREVAN, 3 MARCH, ARMENPRESS. The Republic of Armenia Consul General Sergey Sarkisov, on Saturday, February 28, presented Assembly member Mike Gatto the “Mkhitar Gosh” medal bestowed to the Assembly member by the President of Armenia in recognition of his contributions to strengthening U.S.-Armenia relations and many years of dedicated service on behalf of the Armenian-American community, reports "Armenpress" citing "Massis post".

Consul General Sarkisov conveyed his appreciation to the Assemblymember’s work towards issues important to Armenia, Artsakh and Southern California’s Armenian American community. Highlighting the various legislative accomplishments of the Assemblymember, the Consul General emphasized AJR 32, which passed both houses of the State legislature making California the most populous governmental entity to recognize Nagorno-Karabakh’s independence.