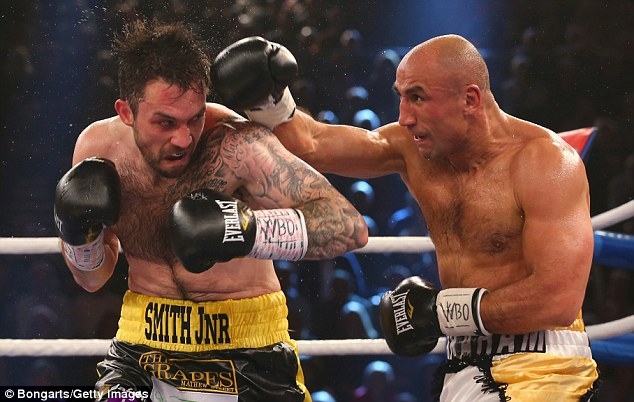 
YEREVAN, FEBRUARY 17, ARMENPRESS. Paul Smith believes Arthur Abraham is past his best and plans to pull off a convincing win over the WBO super-middleweight champion this weekend. As reports “Armenpress” citing Skysports, the 32-year-old Merseysider suffered a contentious points defeat against Abraham last September, but his impressive performance earned him a rematch this Saturday night in Berlin.

Both men remained respectful ahead of their first meeting, but Smith has been irritated by Abraham’s recent suggestions that he will win the rematch by knockout.

Arthur Abraham is tired - tired of the insinuations that his first encounter with Paul Smith was a wrongful decision by judges in his favor. Therefore, the WBO super middleweight world champion wants to permanently settle the issue in less than two weeks with Paul Smith. Abraham has promised a battering on Smith on February 21st at Berlin's O2 World.

“I want to clearly make it clear who the champion is. Paul Smith had a good performance in the first fight, but I was just the better. I don't understand why he was out there whining and talking about a miscarriage of justice in some of the English media. Neither I nor the organizers determine the judges. As also the last time the world federation decides. The judges are trained for years for this job and only when they proven themselves, they may be used for a world title fight. I’m not worried. In effect there is only one way to take the responsibility away from them – winning by knockout! This is rather extra motivation for me. Indeed, I believe that my fans this will feel even more angered, to assist me with heart and soul. And I promise you: Smith will not experience the twelfth round!”, - said Abraham.