Armenia to host next meeting of Customs Union customs services board 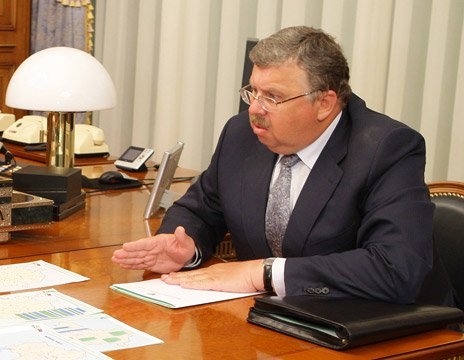 
YEREVAN, FEBRUARY 13, ARMENPRESS. The next session of the joint board of the customs services of the Customs Union member states will take place in Armenia in Q2 2014. As reports “Armenpress” citing BelTA, the information was released by Andrei Belyaninov, Head of the Federal Customs Service of Russia, after the tenth session of the united board in Novopolotsk on 12 February.

As many as 23 items were on agenda of the Novopolotsk session. They had been discussed by experts in advance and did not need lengthy discussions. All the matters are meant to streamline customs procedures, enable more comfortable conditions for business and for the transportation of cargoes by individuals, said Andrei Belyaninov. Participants of the session also discussed the action plan for 2014 and determined the venue for the next session. The session will take place in Armenia in Q2 2014 within the framework of the integration processes, which are going on due to Armenia’s accession to the Customs Union.

Speaking about Armenia’s accession, Andrei Belyaninov said that integration into the Customs Union means more than the interaction of three or four customs services. In his words, during meetings with colleagues inside the Customs Union the sides talk about the transition to digital workflow. Meanwhile, Armenia has to learn a lot anew because it has been going its own way for a long time.