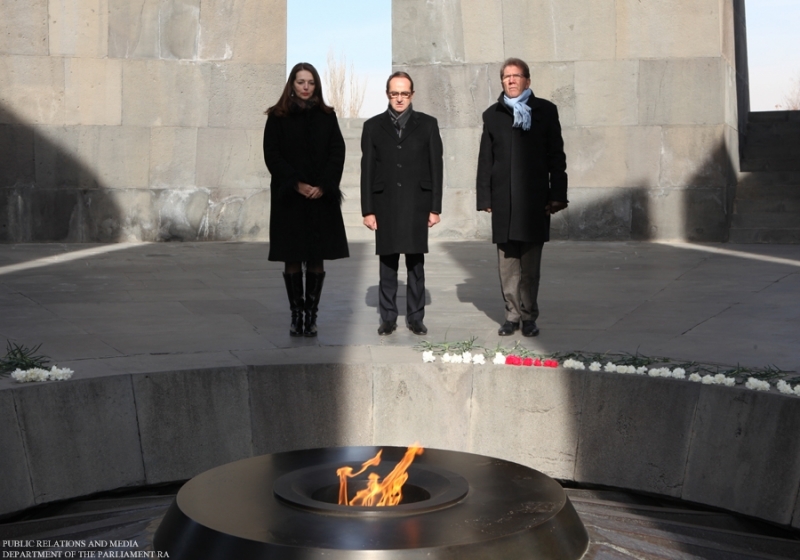 YEREVAN, DECEMBER 5, ARMENPRESS: The Head and the deputies of the France-Armenia Parliamentary Friendship Group René Rouqet, Valérie Boyer and Guy Teissier on December 5 visited the Tsitsernakaberd Memorial. The Department for Mass Media and Public Relations of the National Assembly of the Republic of Armenia informed Armenpress that the French parliamentarians laid flowers to the Memorial commemorating the innocent victims of the Armenian Genocide of 1915.
France recognized and condemned the Armenian Genocide in 2001. On December 23 2011 the National Assembly of France adopted the bill of the French Parliament member Valérie Boyer. The bill envisions a 45,000 euro fine and a year in prison for denial of crimes against humanity, including the Armenian Genocide. After successful passage of the bill in the French Parliament in December 2011, on January 23 of last year, the French Senate passed the bill criminalizing the Armenian Genocide. Later, the French Constitutional Council ruled that the bill was unconstitutional. The deputy, nevertheless, has developed a new bill and regularly appeals to the President of France François Hollande to adhere to the promise and accept the denial criminalizing bill.