Festival of Lyon in commemoration to Henri Verneuil 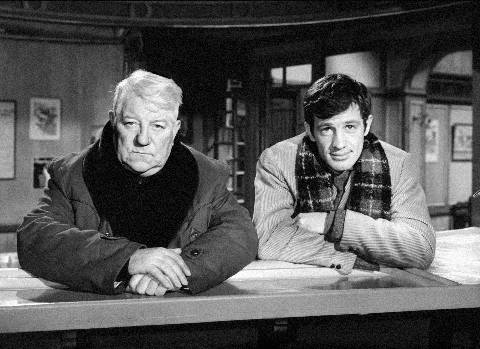 
YEREVAN, OCTOBER 12, ARMENPRESS. Works  by a well-known French-Armenian  director Henri Verneuil within the category of commercial films have been founding  their place in the art world for many years. Due to the festival “Lyumier” to take place in Lyon, the French audience will have an opportunity to watch a number of films by Henri Verneuil already considered as classical.  As reports Armenpress, citing Nouvelles d’Armenie, black-and-white films of 1950-1960 by Henri Verneuil are included in the list of the films to be shown, which once  caused great changes in the French cinema. During that period the prominent French-Armenian director cooperated with such famous actors, as Marcel Emmen, Henry Truaya, Michelle Odiare with who Verneuil wrote the scripts of his 3  most famous films.

The festival to be held in Lyon will start on October 14 with the film "Winter scenery". It will be shown in «Halle Tony Garnier» .

Henri Verneuil was born Ashod Malakian to Armenian parents in Rodosto, East Thrace, Turkey. When Ashod was a little child his family fled toMarseille in France, to escape persecution after the Armenian Genocide. He later recounted his childhood experience in the novel Mayrig, which he dedicated to his mother and made into  a 1991 film with the same name, which was followed by a sequel, 588 Rue Paradis,  the following year.

Henri Verneuil entered the Ecole Nationale d'Arts et Metiers in Aix-en-Provence in 1942. After graduation, he worked as a journalist, then became editor of Horizon Armenian magazine.

In 1947 Henri Verneuil managed to convince the established European film actorFernandel to appear in his first film Later he also directed other movie stars includingJean Gabin, Yves Montand, Alain Delon, Lino Ventura (all together acting for him in " Le clan des siciliens" in 1969).

After the American experience (he was called the "most American of French directors"), in 1969 Verneuil "found" France. He was awarded a Césarin 1996 and he was elected a member of the Academy of Fine Arts in 2000.

The opening of the seventh annual Golden Apricot International Film Festival in Yerevan paid tribute to Henri Verneuil. His son, television director Patrick Malakian, who reclaimed the name of his historical ancestors, received the posthumous award, the Parajanov's  Thaler, for his father’s contribution to cinema.