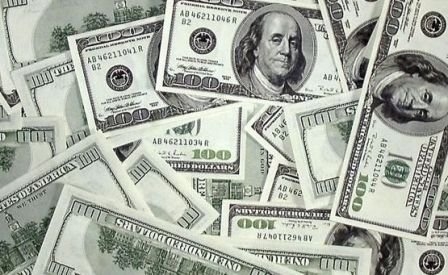 As Armenpress was informed from the fund, when fully endowed, it will be the largest private foundation in history dedicated primarily to Armenians. The Foundation's board, comprised of the Hovnanian's five children and his three oldest grandchildren, will be required to distribute an estimated $25 million dollars annually. This extraordinary gift, the culmination of a lifetime of giving, is a fitting legacy to an extraordinary couple and their inspirational lives.

Mr. Hovnanian is known as one of the innovators of the concept of large scale adult communities of single family homes located on individual lots. Tens of thousands of homes have been built by Mr. Hovnanian, and his business activities have diversified to include the development and construction of health care facilities, major retail centers, office complexes, rental apartments and a 7000 acre mining operation.

As soon as his success began, so began the Hovnanian's lifetime of philanthropy. In 1972 he was one of the founders of the Armenian Assembly of America, and he currently serves as Chairman of the Assembly's Board of Trustees. Hirair is also a founding member of the Hayastan All Armenian Fund which was founded in the early 90’s, as well as the founder of ANI, the Armenian National Institute, in 1997.

To date, his charitable contributions exceed over $50 million. But it is not just the amount which is commendable, but also the dedicated manner in which it is given. For example, following the December 1988 earthquake in Armenia, he was one of the first Americans to the scene to assess the damage, and on behalf of the Armenian Assembly oversaw the construction of four industrial plants in Gyumri, Armenia which supplied housing components for the victims of the earthquake. He was totally hands on coordinating the mammoth task of constructing the factories which produced concrete blocks, trusses, window and doors, even supervising the loading of the prefabricated factory buildings onto Soviet cargo planes, and traveling constantly back and forth to Armenia to insure their successful operation and maximize the value of every dollar contributed. That plant still operates today.

Currently, Mr. Hovnanian is building a new church in downtown Yerevan in honor of his wife, Anna, and new offices in Yerevan for the Vehapar, at an estimated cost of $5 million - a project which he himself is overseeing.

Vigilant oversight, which has been the hallmark of Hirair's business and philanthropic activities, will be the guiding philosophy of the Foundation's Board. All five of his children, Siran, Edele, Tanya, Leela and Armen, entrusted with the responsibility of distributing funds from the Foundation, will be hands on in identifying, through various committees and massive nationwide focus groups, the greatest need and insuring that every dollar is wisely spent. The Foundation has offices in both New Jersey and Yerevan.

"Our children have known from early on that this would be their destiny, and they enthusiastically embrace this responsibility," says Hirair, from his home in Armenia, which is now his primary residence. "They are all highly educated, with vast experience in philanthropy, and have my full confidence and trust. All of my children are financially secure for their life time and beyond and thus, this donation of a substantial portion of our assets will be a natural end to the fortunate life that Anna and I have had.”

As part of the Foundation’s mission is a commitment to also give back to Ocean County, New Jersey where so much of Hirair’s success began in 1958 and Monmouth County, New Jersey where Anna and Hirair raised their children and where most of them still reside. In accordance to its mission statement the Foundation will also “assist charitable or educational organizations located in Ocean or Monmouth Counties whose primary activities include the provision of health care, or education and training in real estate." To that end the Foundation in 2008 pledged $2.5 million for a neo-natal unit at Monmouth Medical Hospital and recently pledged $5 million to a new Emergency wing as part of Ocean medical Hospital. Mr. Hovnanian recently also increased his donations to his alma mater, Villanova University, raising the Hovnanian scholarship, which is open to all students of Armenian descent, to $1.7 million.