"Retro": Pseudonyms are interesting, but not conditioned by talent | ARMENPRESS Armenian News Agency

"Retro": Pseudonyms are interesting, but not conditioned by talent 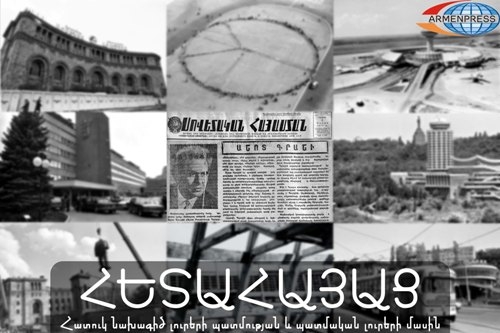 
This time "Retro" exclusive project introduced by "Armenpress" on the news history and historical news is dedicated to the literary pseudonyms of the Armenian writers and peculiarities of pseudonym’s choice in general. This day has not been chosen accidentally to refer to this topic. On these days in 1973 the Soviet press unanimously stated: "Prominent poet Ashot Grashi passed away: this is a heavy loss for the Soviet-Armenian literature."

Ashot Grashi or Ashot B. Grigoryan

YEREVAN, MARCH 4, ARMENPRESS. Notwithstanding the young generations maybe does not read or remember famous Soviet-Armenian writer Ashot Grashi, but it’s for certain that the elder generation remembers his name. Ashot B. Grigoryan has chosen an interesting literary pseudonym for his works – Ashot Grashi, but it’s difficult to say now what has compelled him to make this choice. But one thing is for sure: pen name "Grashi" is composed of the first letters of his name and surname. Contemporary prominent writer Davit Hovhannes, who personally knew Grashi, also has no information about the origin of Grashi’s pseudonym. Among other things Davit Hovhannes noted: "Everybody was used to that name so much, that I didn't even think about asking him of its origins."

Pseudonym contributes nothings to the literature of the poet: Levon Ananyan

Subjective element serves as a basis for the choice of literary pseudonym, it's occasional and, hence, it's rather difficult to figure out whether it's a necessity or is of no significance for the writer. In a conversation with "Armenpress" the Chairman of the Writers' Union of Armenia Levon Ananyan noted that the desire for pseudonym is frequently conditioned with inharmonious surnames, or surnames, which do not sound Armenian. Sometimes the original names do not seem poetic to the writers and they decide to change them. (THE FULL VERSION FO THE ARTICLE IS AVAILABLE IN ARMENIAN)