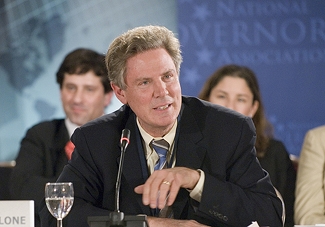 
YEREVAN, MARCH 1, ARMENPRESS:  Congressional Armenian Caucus Co-Chairman Frank Pallone commemorated the 25th anniversary of the Azerbaijani pogroms against the Armenian population of the Azerbaijani city of Sumgait, and condemned the ongoing atmosphere of violence and intimidation being fostered by the government of President Ilham Aliyev, reported the Armenian National Committee of America (ANCA) informed Armenpress.

"The history of the past quarter century has been one of Artsakh's enduring democratic triumph over relentless Azerbaijani government aggression, blockades, intolerance, and war. We look to American leaders, revolutionary heirs to the world's greatest independence movement, to help support and sustain the proud victory of a free people against foreign tyranny, against massacres, outright war, economic blockade, ongoing sniper attacks, and, now, a Baku-led international campaign to demonize each and every Armenian on the planet," said ANCA Executive Director Aram Hamparian “We join with Armenians in New Jersey and across the nation in thanking Congressman Pallone for continuing to raise his voices in support of a peaceful, democratic, secure, and sustainable resolution that will end Azerbaijani threats against the free citizens of the Nagorno Karabakh Republic.
In remarks submitted to the Congressional Record, Representative Pallone reminded his colleagues, “it was on the evening of February 27, 1988, that hundreds of Armenians were brutally murdered, some burned alive and others thrown from windows.” Pallone went on to explain that the Sumgait pogroms were the beginning of decades of violence, fomented by successive Azerbaijani government leaders. “For more than two decades, authorities in Azerbaijan have attempted to ignore and cover up these crimes and have instead fostered hatred toward the Armenian people. In an affront to basic senses of justice, the Azerbaijani government recently pardoned Azerbaijani military officer, Ramil Safarov who was sentenced to life in prison in Hungary for murdering an Armenian military officer during a NATO-sponsored training program in 2004. I continue to be outraged by this promotion of violence against innocent Armenians,” stated the New Jersey legislator. Rep. Pallone went on to urge the immediate reincarceration of Ramil Safarov by the Aliyev government. The complete text of of his statement is provided below.

As in past years, the ANCA has launched an online grassroots letter writing campaign educating Senators and Representatives about the victims of the Sumgait and Baku pogroms, and urging them to both celebrate Artsakh's freedom and stand up against Azerbaijan's continued aggression. Armenian Americans are encouraged to contact their legislators by using the ANCA Webmail system.