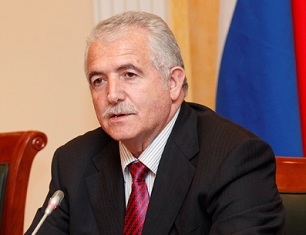 
YEREVAN, SEPTEMBER 3, ARMENPRESS: Being the cochairman of the Minsk OSCE group on the Nagorno-Karabakh settlement issue Russia accepted the news of granting amnesty to Azerbaijani serviceman Ramil  Safarov in Baku and his extradition by Hungarian authorities with deep concern. Armenpress reports that this was stated by the representative of Russian Ministry of Foreign Affairs Alexander Lukashevich.

,,We consider that these actions of Azerbaijani as well as Hungarian authorities counters the efforts coordinated at the international level and  first of all in the area of Minsk OSCE group  which are directed on decreasing the intensity in the region. We also expect that the corresponding assessment of current situation will be given in the nearest future by cochairmen of the Minsk OSCE group’’ noted Lukashevich.