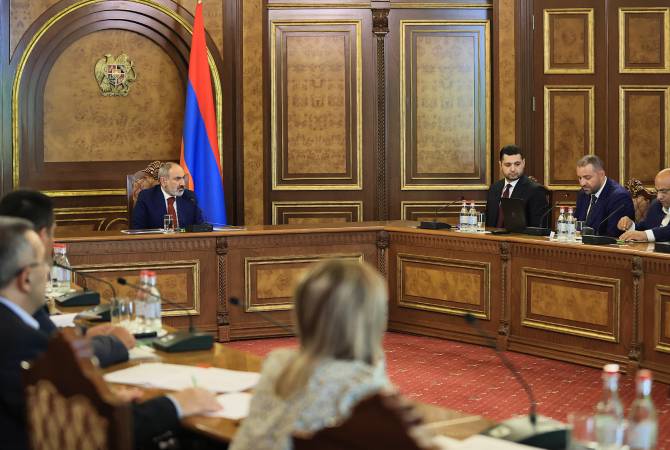 
YEREVAN, JUNE 30, ARMENPRESS. A consultation chaired by Prime Minister Nikol Pashinyan was held, during which issues related to land reforms were discussed, ARMENPRESS was informed from the Office of the Prime Minister.

In particular, the reduction of unused land plots of agricultural significance, the distribution of land plots, the expansion of irrigated areas, the main reasons for the land plots not being used, and some works carried out so far within the framework of land reforms were referred to.  Issues related to land enlargement, implementation of a pilot program for land market development, development and application of proposed economic mechanisms for land cultivation and consolidation were discussed.

Inventory of lands that are irrigated but not used, measures to be taken to increase the efficiency of land cultivation were highlighted.

An exchange of views took place on the above-mentioned issues, various proposals and observations were submitted by the heads of the concerned departments.

Prime Minister Pashinyan attached importance to the implemenation of land reforms and increase of the profitability of farms, including as a result of enlarging the cultivated lands. The Prime Minister instructed the officials in charge to form a relevant working group, which will develop a roadmap for action. The Prime Minister considered it necessary to implement a pilot program, which will help identify the problems and further implementing the reforms effectively.